Immediately after selling our successful KOGA line, following a long tradition in the bicycle industry, I conceived the idea of developing a bicycle in which both safety and sustainability would play a major role.

The core idea was to position the rider lower to the ground, while ensuring that we didn't land in the segment of children's bikes. The new bike had to keep its adult look! 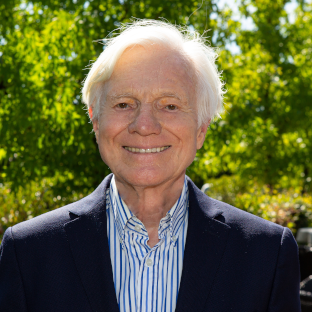 After an analysis, in cooperation with some bicycle dealers, it turned out that a number of their customers had adjusted their saddles lower and lower when they came in for servicing. Even so low that the saddle touched the top of the seat tube, causing a very unhappy sitting position. Why? Because they wanted to sit lower, meaning, closer to the ground. There is always a certain fear of falling, especially with the 55+ generation.

However, my aim was not only to bring the rider lower to the ground by means of the vertical saddle adjustment, but also - while adjusting the saddle height - to adjust the horizontal distance from the saddle to the handlebar in one movement (synchronously). If this could be done, all logistically difficult frame sizes would be rendered superfluous in one profuse swoop, resulting in a so-called 1 bike fits all bicycle. Always quick to adjust, e.g. for the whole family!

In the overall supply chain of the bicycle industry, this idea could provide for significantly more streamlined logistics. Fast deliveries without much delay would become possible. Thousands of models could be eliminated. Only the basic models, which are the most important, would remain. Talk about more sustainability!

All in all, we faced a difficult task.

I hardly made any progress with my wish to invent the first 1 bike fits all bicycle, but as a last resort, I thought about trying it out with a large company, which I knew from the automotive industry, as they also did research for third parties. This made my research costs skyrocket, but, on the other hand, the possibilities were much greater than the existing know-how in the bicycle industry.

Finally, after some time, we stumbled upon something miraculous in a positive sense: we discovered that when you adjust the saddle at the front of the seat tube, the result is a so-called variable seat angle, in contrast to the current fixed seat angle. This later turned out to be a gift from the heavens because it represented one of the most important breakthroughs in the world of bicycles in recent years.

This invention was then immediately rewarded with a European and USA patent and, shortly afterwards, awarded the title: with Andries Gaastra's invention ISP you can build the Safest Bicycles in Europe. (Good Industrial Design, T.U. Eindhoven)

All in all, my mission was more than successful, and I could look back with great pleasure and satisfaction at the success we had achieved.

For this practical and easily adjustable ideal seating position for all riders from approx. 1.45 - 2.00 m, I have given the fitting name INTELLIGENT SEATING POSITION, abbreviated ISP.